Posted in Around the World by Lorenzo

The summer of 2020 has undoubtedly been a very special one. With the majority of airports closed during the world pandemic, as well as all the cancelled flights, the summer holidays had to be improvised without leaving the territory for most French people. However, they were able to rediscover the treasures and magic of the incredible French coastline.

Between the stays in the mountains and the campsites on the border with Spain, the big winner of this summer 2020 remains the French Riviera which welcomed the majority of the French holidaymakers. Known the world over for its creeks planted with pine trees and its turquoise waters, the French Riviera remains one of the world’s most popular luxury destinations during the summer months. We are now taking stock of the best destinations on the French Riviera to help you plan your dream holiday.

Discover the French Riviera upside down.

For holidays, head for the French Riviera!

If you wish to stay in France for your next summer holidays and discover the wonders of the French Riviera, you can always opt for the most touristy cities on the French Riviera. The first advantage of this destination is that it remains easily accessible from many towns in France by TGV or plane. In addition, the French Riviera offers a wide range of accommodation to suit all requirements, with starred clubs and access to private beaches, luxurious villas with private swimming pools, the dream within reach!

Indeed, if you wish to travel with friends, the most advantageous option would be to share the rental of a luxury villa fully equipped that will allow you to benefit from the conviviality of a shared holiday. To do so, please visit https://www.john-taylor.com/. In addition, in terms of cost, a villa is often more profitable thanks to all its private services such as the swimming pool, Wifi connection, kitchen which are already included, unlike a hotel where any extra service will be charged to you.

Renting a holiday villa is also an opportunity to live, for the duration of your stay, in a luxury house with a mini bar, a terrace and a private swimming pool. By renting a villa with friends, you will also be free to organise evenings in small groups and thus prolong the festivities until late at night.

At the same time, for families the offer is also advantageous as a villa will allow you to enjoy a privileged intimacy. You will be perfectly quiet with your family, without having to put up with the shouts of the children of the neighbouring holidaymakers playing in the hotel’s swimming pool. You will also not be disturbed by late sleepers who like to extend their evenings, and your children will not have to share the pool, garden or swing with other toddlers. In addition, a villa also offers an undeniable guarantee of safety.

To help you choose a destination in the French Riviera, we offer you a list of the best cities in this region, so you will only have to choose according to your desires and what suits you best!

Nice, a must-see destination on the French Riviera is a Mediterranean pearl. Indeed, in addition to its paradisiacal beaches, Nice also offers magnificent view spots with the hill of the old castle accessible after climbing 213 steps or only after a few minutes by lift.

You will also have the opportunity to visit atypical architecture in the narrow streets of old Nice or by strolling along the Cours Saleya, or at the seaside, along the mythical Promenade des Anglais.

Nice also proposes you to discover its gastronomy with many specialities such as the socca, delicious chickpea pancakes, or the pan bagnat, the traditional fishermen’s sandwich. Nice also has the advantage of being the turning point of the French Riviera. So you can always escape the hustle and bustle of the city for a day and take refuge in the superb coves of Saint-Jean Cap Ferrat or the picturesque villages of the surrounding area. 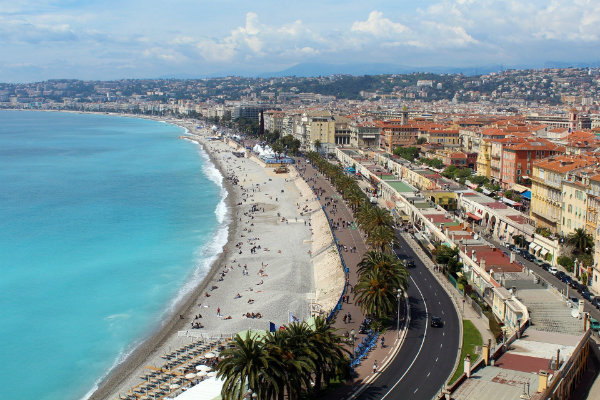 Nice: the famous city of the French Riviera

Saint Tropez and its festive aura

Famous all over the world for being frequented in the summer by hundreds of millionaires and stars, this mecca of the international jet-set is nonetheless a small, typically Provençal village, with its traditional architecture preserved.

Saint Tropez will nevertheless seduce you by the beauty of its translucent beaches, the majestic Cap Camarat, its Château de la Moutte, as well as its spectacular citadel. And for more dreams, don’t hesitate to visit the golf of Saint Tropez by boat, which will create memorable memories!

Who has never dreamt of Cannes and its incredible parade of stars who, every year, walk through its streets in honour of the very famous film festival? Indeed, the capital of the seventh art has today a name with a global resonance. Thus, admiring the Palais des Festivals, its mythical steps and its famous red carpet, will obviously remain an essential part of your visit to Cannes.

However, far from the glitter and paparazzi, Cannes has managed to preserve its authentic and Provencal charm. Discover Le Suquet, Cannes’ oldest district, and venture along its steep streets lined with shops and restaurants. Climb to the top of the hill until you reach the highest point of this atypical district which offers a magnificent view of the Bay of Cannes.

The walks along the Croisette and the old port are ideal after a day spent on the beaches of Cannes. Moreover, you will not fail to discover throughout your visit many winks at the cinema through gigantic frescoes painted on the city walls.

Saint Paul de Vence is a small village perched in the mountains of the French Riviera. Half an hour is enough to reach this sumptuous medieval village from Nice. Ideal for a day trip, Saint Paul de Vence offers you the discovery of amazing art galleries and some museums.

Indeed, this small village will perfectly suit the history and art lovers who will have the opportunity to discover incredible medieval vestiges. You will be charmed by the conservation of their ramparts, towers and the dungeons of the old castle. Don’t hesitate to visit the church of the conversion of Saint Paul, as well as the chapel of the White Penitents which will allow you to admire the different architectural styles that have succeeded one another over the centuries.

Monaco and its luxury

Hidden in the south of France, between Nice and Menton, Monaco is an independent principality. Known throughout the world for its wealth and luxury culture, it attracts thousands of tourists every year, curious to discover the home of hundreds of stars and billionaires. With the highest population density in the world, every small square kilometre of Monaco has been designed and developed in harmony with the city.

Easy to reach, it only takes a little over an hour by car from Nice to reach the principality, and there are also trains that can take you there in almost thirty minutes. But for those who decide to live the Monaco adventure to the fullest, you can reach the Principality in just 10 minutes by helicopter, which is enough to give the accent to a visit to a country that is already quite atypical.

Once there, two proposals are offered to you, either to stroll and get lost in the small town, letting yourself be surprised at every street corner by the particularities of the country, or to prepare your visit with a list of the most emblematic places to visit. What is certain is that a visit to Monaco will not take you more than a day or two. If you arrive by train, you will find yourself at the exit of the station at the top of the city. You will then be able to admire incredible views of the coast as soon as you arrive. From there, you will first need to get to Le Rocher, one of Monaco’s most emblematic districts.

Home to the palace of Prince Albert II of Monaco, the Rock invites you to begin your visit by discovering the princely palace, some of whose rooms have been made accessible to the public. Then simply stroll through the district where you will discover a very picturesque part of the city with narrow streets lined with souvenir shops, bars and crêperies.

The tour of the city will then continue to the lower altitudes. Indeed, you will be surprised to discover throughout your visit many lifts that will take you directly to the lower levels of the city. From there, you will be taken to the Casino Square, the place where all tourists converge. Here you will proudly find the famous Casino de Monte-Carlo, next to the mythical Hôtel de Paris, as well as the Café de Paris. This charming square will take you back to the prestige of the late 19th century.

Finally, we suggest that you end your visit by gradually descending the floors of the city until you reach the marvellous beaches of Monaco, enough to end the day in beauty with a magnificent sunset! 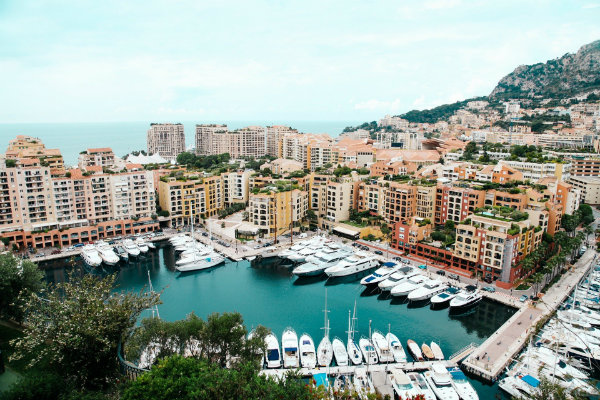 Monaco is a place to absolutely see when coming to the French Riviera.

Ramatuelle and its calm

Far from the luxury of Monaco or Cannes, Ramatuelle is a beautiful village perched above the Mediterranean Sea and the Saint-Tropez peninsula. Originally founded to escape the pirates who once terrorised the villages around the Mediterranean, Ramatuelle covers the hilltop. Here you will discover the typical charm of the villages of the South of France, with pleasant alleys winding around the town in a circular pattern.

At the top of the village, you will come to the Place Gabriel Péri, formerly known as the Place du Château. Built in the 16th century, the church of Notre-Dame will also be the main historical site to visit in the village of Ramatuelle. Situated just above the famous Pampelonne beach, one of the main beaches of Saint Tropez, Ramatuelle will be the perfect place for a quiet day out, far from the hustle and bustle and the festive aura of Saint Tropez.

Saint-Jean-Cap-Ferrat, is the perfect alliance of nature and culture. Formerly a fishing village, situated between Nice and Monaco, this peninsula offers a real green setting whose authenticity has been preserved over the years. Less touristy than its neighbours, Saint-Jean-Cap-Ferrat is nevertheless an essential visit to the French Riviera. You will experience the French Riviera differently by taking advantage of the legendary beauty of its small beaches, while refreshing yourself under the vegetation offered by its coastal walks and its nine gardens.

The Villa Ephrussi de Rothschild Museum is also known for its museum, which is classified as a Historic Monument. This Italian Renaissance-inspired palace offers you the opportunity to discover all the styles and periods of works of art with Lombard, Venetian and Spanish influences.

Mougins and its gastronomy

We end this visit of our beautiful French Riviera by the discovery of a picturesque village nestled on a hill on the heights of Cannes. Mougins is, indeed, a village which does not lack character and which will offer you an incredible view of the Valmasque forest, the Massif de l’Estérel and the Pre-Alps.

Famous for its numerous architectural heritages, including the Chapelle Notre-Dame-de-Vie, a former penitential chapel of Romanesque construction, Mougins is also home to the Municipal Museum of Photography, an essential visit to the village for the discovery of an important art gallery. But how can you praise Mougins without mentioning its incredible gastronomy and its famous wine cellar located at the entrance to the Old Village? The wine cellar will offer you a choice of over 1000 French wines for a memorable culinary experience!

As you can see, the French Riviera has something for everyone! Beaches, mountains, history and picturesque villages, everything is there to offer you a dream holiday in the sun. So don’t wait any longer and prepare your next trip to the French Riviera now!